Rep. Yvonne Holley (HD38, Wake County) has been in the NCGA since 2012. She is currently running for Lieutenant Governor of North Carolina.

What made you decide to run for office in the first place?
The districts were redrawn and a new district was invented in my area. I decided to run for the seat. I was retiring at the same time so I would have the time to hold office. Serving in the NCGA is a full-time job. Community service has always been a part of who I am. At the time, I was looking for a way to be effective in a different role. Being a state representative gave me an opportunity to be a part of the rebuilding after the recession. I wanted to increase my service and serve on a different level.

I decided to run for Lieutenant Governor because I was raised in a generation where everything we did represented other people. Our actions were bigger than the individual. I’m not running for me. I am running so I can be the voice of people who can’t speak for themselves. My food desert bill was hard to push through, but it was about getting food to the people. It’s a bigger battle that I fight. I was one of the first beneficiaries of the civil rights moment. I was the first black cheerleader at a predominately white school. And the next year two more black girls tried out. It was hard being the only black person on the team, but someone had to do it. As Lt. Governor it’s about what I can bring to the table for the people. I want to do something for the people.

What benefits do you think there are to being a woman in elected office?
Women think differently. One analogy that I use is that we know how to feed the whole family. We know how to give extra attention to the needy without neglecting the others. Women bring something different to the table, compassion and a more nurturing kind of leadership. We’re better team players because we’re more family oriented. It’s a real skill that men don’t have. We can figure out how nothing gets left behind. We recognize how to make sure everything stays whole. It’s good to see more women getting involved. When I first ran it felt like people weren’t listening to women. But now they know we have something to offer and they listen to us. We used to be discounted, but now they listen to what we have to say. Women are discovering their own voices.

When did you know you were pro-choice and why?
I’ve always been pro-choice as far as my ability to take care of myself. I struggled for the right to be in the room and to have authority over myself. My own choices are one thing, but everyone has that right for themselves. There are few things women had the right to do, and the right to make choices over their bodies is critical.

What do you hope to accomplish for women when in office?
To show that this can be done. That their voices are being heard. I’ve worked on the food desert crisis in NC. I learned a lot from that experience and one thing I’ve learned about is housing. I started a bipartisan bicameral committee to talk about affordable housing. Women can get people to the table to talk and that is a gift I have. I see a bigger picture, and it isn’t just in my district. It’s the whole state. I am sympathetic to the rural areas because sometimes urban districts get rural treatment. I am trying to bring that together to bring attention to the housing issue.  We need to invest in the community, housing affordability and be good citizens to build a sense of community.

Who is your favorite fictional politician?
Guinan played by Whoopi Goldberg in Star Trek. Her character showed that you don’t have to be in power or the person in the front, to be the most powerful person in the room. 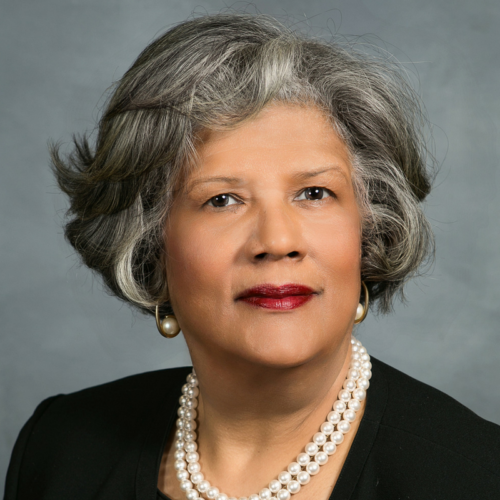