A native North Carolinian, Elizabeth earned both an undergraduate and a law degree from the University of North Carolina at Chapel Hill. Elizabeth is the former Chair of the New Hanover County Democratic Party and currently serves as President of the Board of Directors of the North Carolina League of Conservation Voters. Elizabeth was elected to serve on the New Hanover County Board of Education in 2008. She was presented with The John F. Kennedy Profile in Courage Award, the nation’s most prestigious honor for public servants, in May 2011 for standing up against racial segregation in school redistricting plans. Elizabeth was celebrated in May 2012 as a Woman of Achievement by the YWCA of the Lower Cape Fear for the positive impact her public service has made on her community. She and her husband, Jamie, of twenty-seven years make their home in Wilmington and are the proud parents of three children: Zach, Austin, and Kate. They will be adding two daughters-in-law, Vicki and Hannah, to their family in 2021! Elizabeth is currently employed as the Development Director for Coastal Horizons, a non-profit human services organization headquartered in Wilmington. 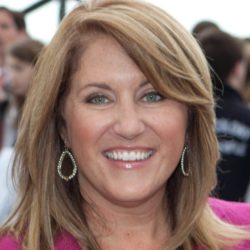