Marcia has a demonstrated lifetime of caring for others, both in education and in service to this country. As the youngest of four children growing up in Texas, she was part of a family that learned the challenges of inequality early on when her father passed away when she was two. However, she was raised with the belief that the foundations for success were strong faith, hard work and a good education.

As an educator, she taught at all economic and academic levels, from the first days of Head Start in Texas to being on the Graduate Faculty at Smith College in Massachusetts and even teaching ROTC at the University of California, Berkeley. While in the Army, she was stationed in Korea, Germany and the Netherlands, where she worked closely with the local nationals who were part of her commands. She also had two tours in the Pentagon that gave her the opportunity to participate firsthand in how high level decisions are made.

Upon retiring as a Colonel from the Army after 25 years of service, she chose the Cape Fear area as her future home in 2000 and was finally able to move here full time in 2012. Since then, she has been active in church and community affairs and enjoying the delights of living in this beautiful region. With the events leading up to and following the 2016 election, she felt it was time to step up once again to fight to make a difference for the people around her. She ran for NC House District 19 in 2018 and 2020, and was a Lillian’s List Featured Candidate in both races.

Marcia has a Bachelor of Arts degree in Mathematics from Texas Wesleyan University as well as a Master of Science and Ph.D. from The Ohio State University. She is currently involved in several non-profits in her community. 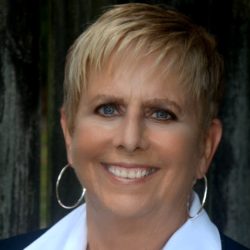