Like us, you may have convinced yourself that Justice Ruth Bader Ginsburg would be with us forever. But last night, the legend left us, and we are shocked, saddened, and scared. She was a champion of gender equity for women and did more on the Court to advance and protect both reproductive rights and gender equity than perhaps any other Justice.

Just as we began to grieve her passing, Mitch McConnell had already publicly stated the Senate will consider a Trump Supreme Court nomination this fall.

The chance of overturning Roe will drive conservative turnout – even those wary of another Trump term won’t be able to pass up the chance.

If this happens, it will be up to state legislators, like our Featured Candidates, to protect access to reproductive health care.

Will you give to our Lillian’s List PAC now to help elect pro-choice women in NC? The stakes could not be higher.

Our 24 Featured Candidates are the key to flipping the NC House and Senate. They will stand with Governor Cooper to protect reproductive freedom and stand up for gender equity. 100% of your gift to our PAC will go to our Featured Candidates to give them the resources they need to win in November.

Like Justice Ginsburg, who famously stated that she would only be satisfied with the number of women on the Supreme Court “when there are nine,” we will only be satisfied when women make up the majority of the North Carolina General Assembly, Council of State and every other elected body in the state!

Let’s begin to fulfill Justice Ginsburg’s vision for gender equity, let’s stop relying on the Supreme Court as our last hope to protect reproductive freedom, and let’s elect pro-choice progressive women up and down the ballot.

Support our candidates with a gift to the Lillian’s List PAC today in memory and in honor of our beloved Justice Ruth Bader Ginsburg. 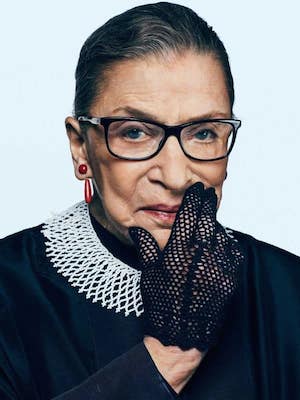