The ongoing fight for reproductive rights

In the weeks since the Texas law prohibiting almost all abortions has gone into effect, the fight for abortion rights has continued, with many upcoming battles at the state level.

In Florida, a Republican state legislator filed the “Florida Heartbeat Act,” a 40-page proposal that would ban most abortions and allow members of the public to sue those who aid with abortions, similar to the law in Texas.

In Mississippi, a law that banned abortions after 15 weeks of pregnancy was blocked by two federal courts. But that decision has been appealed to the Supreme Court, and the conservative bench is due to hear the case in December.

And here in North Carolina, legislators could try to bring a Texas-style abortion ban to a vote. It’s a potent threat given that the Republican legislature is in the midst of redrawing the political district maps which could make it much easier for them to gain back their veto-proof supermajority.

As we wait to see how the new political districts will shape up, we know it’s more important than ever to recruit, train, and elect progressive women who will champion reproductive rights. Will you help us?

And it’s critical to vote in your local elections. Do you know if your locality has an election this fall? Click here to find out! 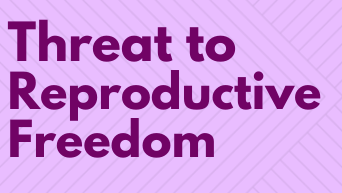