Our Right to Choose is at Risk

Conservatives at the North Carolina General Assembly are fast tracking two anti-abortion bills. Legislators are attempting to undermine Roe v. Wade, which ruled that the Constitution protects a woman’s right to have an abortion without excessive government restriction just as the US Supreme Court announced it would hear another abortion ban case out of Mississippi.

SB 405 is yet another “Born Alive” bill attempting to legislate a solution for a problem that does not exist. It goes further to threaten providers with criminal penalties when state and federal laws already address medical treatment requirements and ethics related to the care of all patients. Appropriately, Governor Cooper vetoed a similar attack on reproductive rights in 2019.

HB 453 would restrict abortions based on a patient’s reasoning for their decision. It interferes with the doctor-patient relationship and amounts to red tape bureaucracy under the false narrative that it prevents discrimination and eugenics. However, this bill does neither. To the contrary, it uses inflammatory and emotional semantics with no basis in medical science.

Both bills have passed in their respective chambers. The US Supreme Court announced today that it will hear a case challenging a Mississippi law that would ban abortion at 15 weeks, as a number of other states consider other sorts of abortion bans.  It is evident that conservative legislators have taken a page from the national anti-abortion playbook. The rationale for these bills amount to disingenuous rhetoric. Meanwhile, conservative legislators continue to block Medicaid Expansion, which would fill gaps in maternal health coverage and ensure healthier mothers and babies.

These efforts prove that current conservative legislators are out of touch and determined to undermine our reproductive rights. Join us in this fight by contacting your representatives and the Governor to share your opposition and help us elect more progressive women to the legislature. 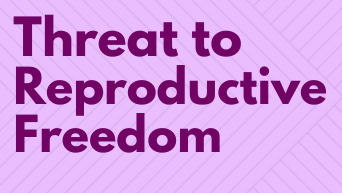