Angella Dunston is the Director of Communications/Legislative Affairs for the NC Department of Military & Veterans Affairs. In this position, she is charged with numerous responsibilities including ensuring that the issues faced by transitioning military personnel and veterans of the state are among the dialogue in the decision-making process for the state of North Carolina. Dunston previously served as Director of Community and Faith-Based Outreach for former Governor Beverly Perdue. In that role, she was responsible for building a network of supporters that included women, minorities and the faith-based community for Governor Perdue. She has also worked as the Legislative Liaison for the NC Secretary of State, Elaine Marshall. For more than ten years, she was the director of the Education and Law Project at the NC Justice Center. At the Justice Center, Dunston created a network of social justice advocates that spanned over half of all NC counties. Many of those in the network have gone on to serve in various elected positions throughout the State.

Her political experience includes working as a teenager on the campaigns of former Congresswoman Eva Clayton. Clayton became the first African American to represent North Carolina in the House since George Henry White was elected in 1898. Because of that relationship, Clayton is now an integral component in the growth and development of Dunston. In addition, she has worked on the campaigns of other noted women including Linda Coleman as well as Hillary Clinton. During Clinton’s bid to become the first women elected as president in 2016, Dunston worked as the NC minority outreach coordinator. She worked to galvanized supporters for Clinton all across the state. 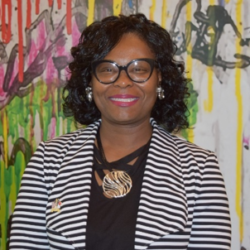